Celebrate the Olympics With the Best Sports Stories 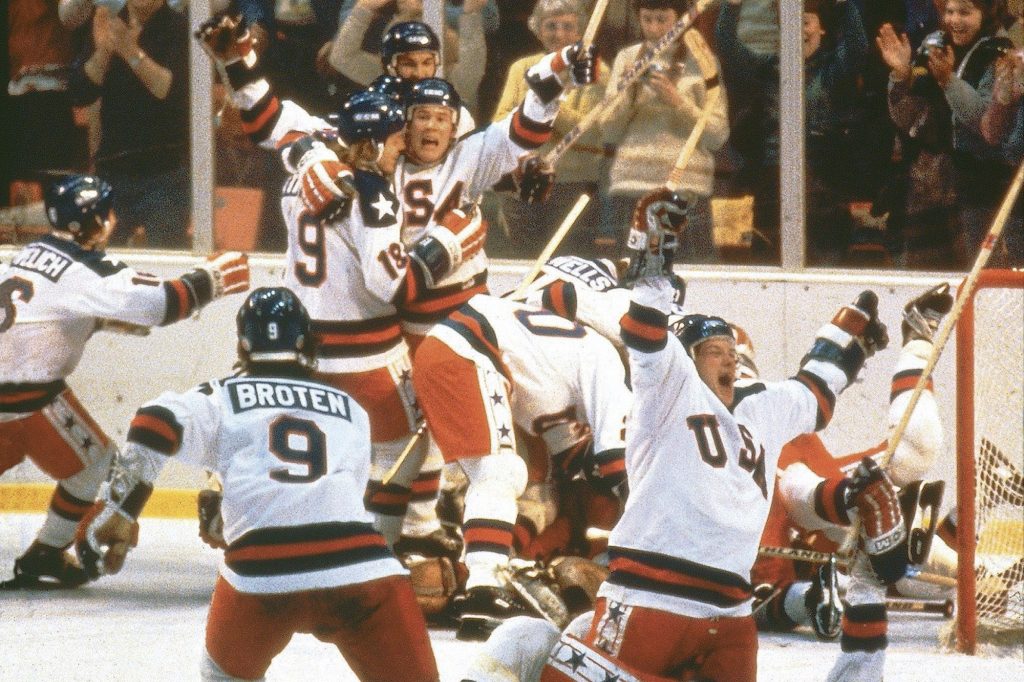 Celebrate the Olympics With the Best Sports Stories

Sports endure as a form of mass entertainment for one simple reason: They come with story built in. There’s inherent conflict, pitting athletes against each other. There will be winners and losers, and the players will win or lose in a set period of time, building in a natural plot arc. There are stakes, whether they’re neighborhood bragging rights or world domination. Sports are the oldest and simplest form of reality television.

But when it comes to sports, the more storytelling, the better. A compelling backstory can make any sport riveting, even to people who aren’t fans. We care about game-day episodes of Ted Lasso and Friday Night Lights, even those of us with no interest in soccer and football, because we know the players so well, because we know why winning and losing matter to them. Broadcasts of the Olympics have long represented the gold standard in storytelling, delivering beautiful, tearjerking video packages about athletes’ personal stories that can make even curling into engaging television.

The story behind the game is the reason we remember the “Miracle on Ice” at the 1980 Winter Olympics, when a scrappy, amateur U.S. hockey team beat the polished, cultivated Soviet Union team for the gold, 4-3; it was the underdog tale and the Cold War politics simmering just underneath that made it so memorable. It’s Tiger Woods’s emotional embrace of his father after his 1997 Masters’ win that makes it so indelible. It’s Michael Jordan’s looming retirement from basketball that makes his NBA title-clinching final career shot so poignant.

And over the past few years, as we haven’t been able to enjoy the camaraderie of watching sports in person with other fans as much as we could before the pandemic, the stories have meant even more as we watch on screens at home. So as the 2022 Winter Olympics begin in Beijing today (broadcast by NBC in the United States), we’re celebrating the best in Peabody-winning sports storytelling.

Before The Last Dance took us behind the scenes of the 1990s Chicago Bulls, there was this HBO documentary about a different intersection of pro basketball and media frenzy: the publicly driven competition between NBA greats Magic Johnson and Larry Bird throughout their careers in the 1980s. Filmmaker Ezra Edelman explores their off-court friendship, the dominance of the Lakers and Celtics that fueled the Magic-versus-Bird dichotomy, and the racial underpinnings of their rivalry.

Gumbel has been setting the gold standard for sports journalism since the mid-1990s, and his show won a Peabody for its 2012 season, which included segments on gay athletes coming out and a plane crash that killed 40 members of a Russian hockey team. Recent reports have investigated the politically fraught relationship between this year’s Winter Games host, China, and the Olympic Committee; the effects of legalized sports gambling; and the lack of Black head coaches in the NFL.

“Straight Out of Flint: Girl Boxer Aims for Olympics” (2012)

NPR’s All Things Considered documented 16-year-old Claressa Shields’s hopes of competing at the 2012 Olympics, the first time women’s boxing, her sport, was part of the games. Growing up in Flint, Michigan, Claressa learned about boxing from her father, Clarence, a former underground fighter. He told her it was a man’s sport, but she proved him wrong. Indeed, after this report, she didn’t just make it to the 2012 games and the 2016 games— she won gold medals at both. She is now a major name in boxing and has held multiple world championships in three weight classes.

Long-term brain injuries were plaguing former pro football players, and many of them claimed the NFL was actively covering up this dark secret behind their big business. PBS’s Frontline investigated with the help of two ESPN journalists who also wrote a book about their findings (see below).

Review: ‘O.J.: Made in America’: An Unflinching Take on His Rise and Fall

The New York Times critic A.O. Scott calls the five-part documentary “staggering,” with “the grandeur and authority of the best long-form nonfiction. If it were a book, it could sit on the shelf alongside ‘The Executioner’s Song’ by Norman Mailer and the great biographical works of Robert Caro.”

This investigative book was written in cooperation with the documentary, and the authors are featured prominently in the Frontline piece. Both the book and the piece made news because ESPN, the authors’ employer, had been a partner on the documentary project until two months before its airing in October 2013, when it suddenly pulled out amid reports that the NFL was pressuring the network to cut ties with the project. The book itself goes even more in depth on the NFL’s coverup of evidence that there is a clear connection between football and brain damage.

Where to Buy: Penguin Random House

Edelman said: “Larry and Magic themselves, I have to thank them because they taught me a little bit about the power of mutual respect and that love stories can be found in the unlikeliest of places.”