Respected for its integrity and revered for its standards of excellence, the Peabody is an honor like no other for television, podcast/radio, and streaming media. Chosen each year by a diverse Board of Jurors through unanimous vote, Peabody Awards are given in the categories of entertainment, documentary, news, podcast/radio, arts, children’s and youth, and public service programming. Beginning in 2023, Peabody will expand its mission, awarding interactive and immersive projects including in the fields of virtual reality, augmented reality, interactive documentary and journalism, social video, and co-creation.

The annual Peabody winners are a collection of stories that powerfully reflect the pressing social issues and the vibrant emerging voices of our day. From major productions to local journalism, the Peabody Awards shine a light on the Stories That Matter and are a testament to the power of art and reportage in the push for truth, social justice, and equity.

As we continue to struggle for progress amid polarizing division, the power of media narratives is paramount. The Peabody Awards elevate stories that defend the public interest, encourage empathy with others, and teach us to expand our understanding of the world around us. 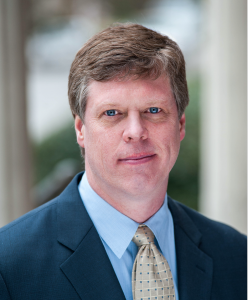 Under Jones’s leadership, television specials of the awards ceremony were broadcast nationally on Pivot, PBS, and Fusion. He established the first-ever Boards of Directors (representing media on both East and West Coasts) comprised of top-level media entertainment industry executives, as well as journalists, documentarians, radio/podcasters, public media, and foundation executives. In partnership with Facebook, he created the Peabody Futures of Media Award in 2015 to recognize digital storytelling excellence in formats such as video games, virtual reality, interactive documentaries, data journalism, and more. In 2020, Peabody created a new and separate Board of Jurors to begin formally awarding Peabody Awards to Interactive and Immersive Media, launching the initiative with a set of “legacy” award winners in 2022 for groundbreaking and iconic works from previous decades.

During the Covid Pandemic of 2020-22, Peabody moved its annual celebration of winners online, utilizing social media for a much broader awareness of winning stories. In 2021, the program also launched its weekly newsletter of viewing recommendations. In 2023, the annual awards ceremony will take place in Los Angeles for the first time in the program’s 83-year history.

Professor Jones is the author and editor of six books, including “Entertaining Politics: Satiric Television and Civic Engagement,” “Satire TV: Politics and Comedy in the Post-Network Era,” and “The Essential HBO Reader.” Most recently, co-edited with Ethan Thompson and Lucas Hatlan, is “Television History, the Peabody Archives, and Cultural Memory” through the University of Georgia Press. His research and teaching focuses on popular politics, or the ways in which politics are engaged through popular culture. He hails from Auburn, Alabama, has one son, and is a semi-professional drummer.

HISTORY OF THE AWARDS

As radio rose in popularity in the late 1930s, The National Association of Broadcasters formed a committee to establish a prestigious award similar to the Pulitzer Prize for excellence in broadcasting. Lambdin Kay, manager of WSB Radio in Atlanta, asked John Drewry, dean of the University of Georgia’s Grady School of Journalism, to sponsor the awards, upon the recommendation of Lessie Smithgall, a graduate who worked at the station.

The first awards were issued in 1941 for excellence in radio programming broadcast in the previous year of 1940.

George Foster Peabody (1852-1938), a Georgia native, was a successful investment banker, and as of 1906, a social activist. Peabody was a supporter of women’s suffrage, free trade, and black education in the American South. Contrary to popular belief, the Peabody Awards were not established through an endowment or provisions in Peabody’s will, but named after him posthumously in recognition of his contributions to the University of Georgia at large. The Peabody Award medallion was commissioned by his family and designed by sculptor Evelyn Beatrice Longman. Peabody is sometimes confused for George Peabody (1795-1869), who was also a banker and philanthropist.

Serving on the Peabody Board of Jurors offers the rare opportunity to help set the highest standards for the media industries.

As part of the third largest audiovisual archive in the United States, the Peabody Awards Collection consists of over 90,000 titles, with radio programs dating from 1940 and television from 1948. The Collection contains radio transcription discs, audiotape, 16mm kinescopes and prints, 2″ video reels, video cassettes, and objects associated with past award entrants. Many of the programs in the collection may be only surviving copies of the work, especially in the case of local radio and television broadcasting. The Collection is managed by the University of Georgia Special Collections Libraries.

Press kits, scripts, and correspondence submitted with the entries are housed in the Hargrett Rare Book and Manuscript Library.