Why We Can’t Wait to See What ‘Atlanta’ Does Next 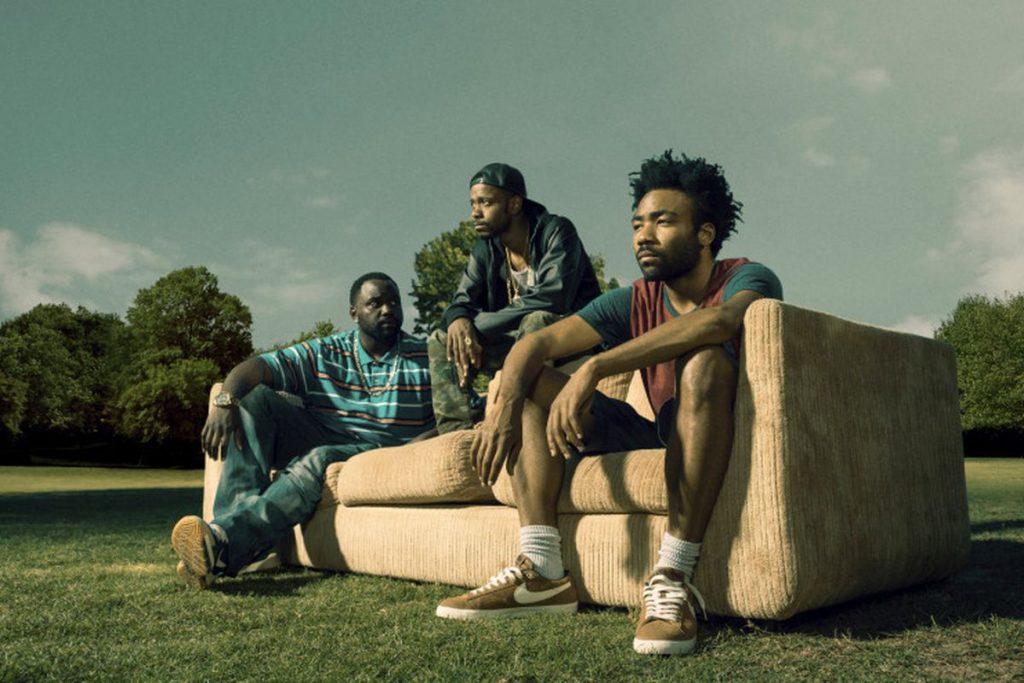 Why We Can’t Wait to See What ‘Atlanta’ Does Next

In a time overrun with excellent, rule-breaking television, Atlanta still consistently surprises us. The set-up sounds familiar, like any given hangout comedy: Princeton dropout Earn (Donald Glover) can barely support himself, much less his on-again, off-again girlfriend, Van (Zazie Beetz), and their young daughter. Then his cousin Al (Brian Tyree Henry) strikes it big as a rapper known as Paper Boi, and Earn sets out to manage him, hoping to make both of their dreams come true, with their eccentric friend Darius (LaKeith Stanfield) along for the ride.

The premise certainly calls to mind that of Entourage, and the humor is comparable, in the best ways, to the loose style of Insecure and the observational tendencies of Seinfeld (not to mention its set of four core characters). But Atlanta has a unique gift for toggling between laugh-out-loud funny lines and deadly serious moments. And not one episode of the series, created by star Glover, looks quite like anything we’ve ever seen before, thanks to the specificity of the characters and the imaginative storytelling. There’s the one where Al has an existential crisis in the woods after being chased there by kids who pretended to be fans, then robbed him. There’s the one with a Black version of Justin Bieber (literally named Justin Bieber) at a celebrity basketball game. There’s the one where Darius gets trapped in a mansion of horrors when he tries to pick up a used piano from a famous musician named Benny Hope, only to encounter Benny’s creepy brother, Teddy Perkins, played in whiteface by series star Donald Glover—an extraordinary episode even among Atlanta’s many standouts.

Still, none of these storytelling pyrotechnics detract from the heart of the series, the characters who compel us to care. From the beginning, we are rooting for Earn and Van to make it together; for Earn to earn Al’s respect; for Earn and Van’s daughter, Lottie, to have the bright future she deserves. It’s equally satisfying to witness these characters’ journeys through picaresque scenes—Earn and Van at a swanky Juneteenth party, Van at a New Year’s soirée (supposedly) hosted by Drake, the guys at a college performance-gone-bad. Every new adventure springs to life with fully realized secondary characters, like the strange old man in the woods with Al or the unhinged female agent at the basketball game who mistakes Earn for someone who once betrayed her.

Atlanta has become known for long waits between seasons, mostly for logistical reasons. Its first season aired to great acclaim in 2016, but couldn’t return until 2018 because of Glover’s rising stardom and scheduling conflicts. It’s been another three years’ wait for season 3, of course, because of Covid-induced delays. The good news: The final two seasons will air in relatively quick succession this year, the third starting this week and the fourth in the fall. And we can’t wait to see what comes next.

Where to Watch: FX and Hulu

The Hollywood Reporter‘s Daniel Fienberg writes: “Of all the extended hiatuses caused by Covid, production overhauls and general creative eccentricities, this one feels the longest. That’s probably because no other show on TV is doing the thing that Atlanta does, with its doses of humor, surrealism, horror, travelogue and hip-hop as genre-blending starting points for an uncomfortable exploration of racial identity in America.”

How It Happened: Best of 2016: How Donald Glover’s ‘Atlanta’ captured the city with its music

Entertainment Weekly talks to Glover about how musical selections such as OJ Da Juiceman’s “No Hook” and Bill Withers’ “Grandma’s Hands”—as well as the original song “Paper Boi”—bring us into Earn’s Atlanta.

Where to Read: Entertainment Weekly

In this installment of Vanity Fair‘s “Notes on a Scene,” Murai explains a key scene in the celebrated “Teddy Perkins” episode, explaining the cinematography, lighting, costuming—and Teddy’s haunting prosthetic face.

Henry, accompanied by costar Zazie Beetz, read a statement from Glover that said, “Thank you again to the city of Atlanta for raising me to imagine within reality.”