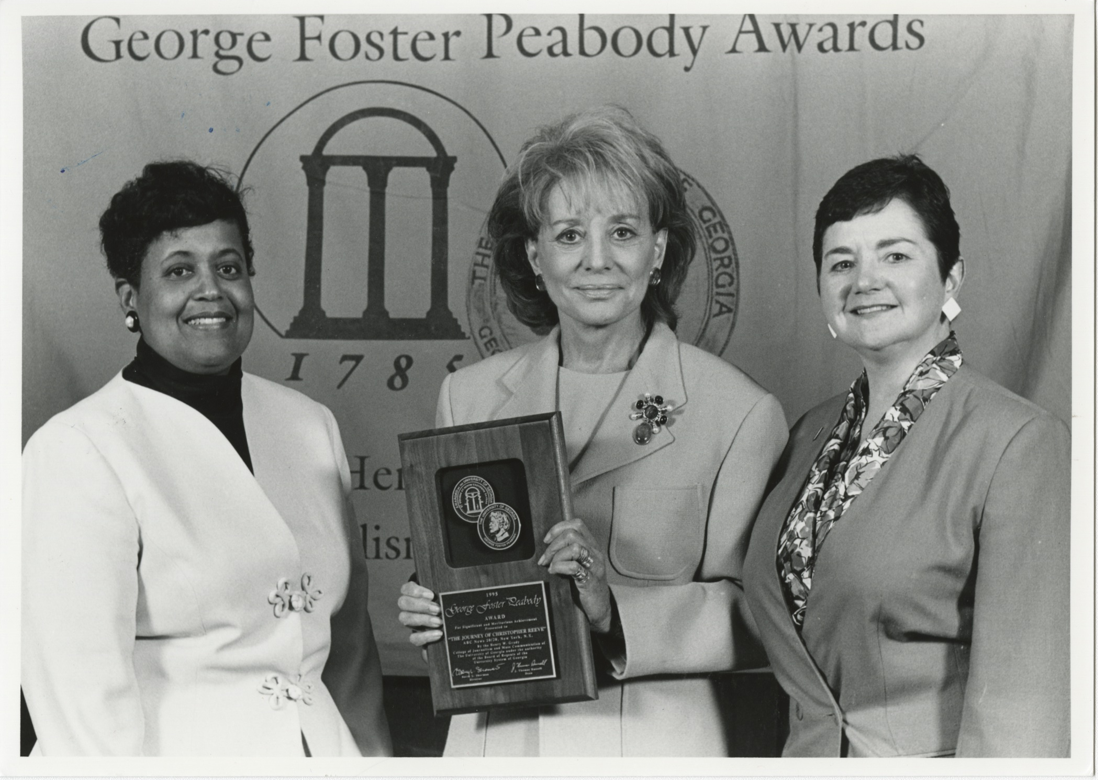 Here’s a story about what it’s like to be at a party with a legendary newswoman.

I was huddled in the corner of ABC’s Times Square Studios about 15 years ago with a few female colleagues from Entertainment Weekly magazine, all of us in our 30s. We were enjoying the free white wine at the network’s Christmas party when I noticed Barbara Walters, tiny and glamorous in a suit, nearby. I was excited; she was a lifelong idol of mine, a reason I could see myself getting into journalism and interviewing celebrities.

Then I realized: She was walking right toward us, with purpose. While we were all still stunned by her mere presence, she sidled right up to our cocktail table, said hello, then asked, “How’s your sex life?”

It turned out she was working on a story about young women’s sex lives and had decided to use the party to do a little research. We usually went to these network things to say hi to a few publicists we knew, drink the wine, and then leave. We weren’t routinely chatting up famous people, much less people of Walters’ stature.

I would have been nervous if you’d told me in advance that I’d be talking to Barbara Walters. I would have fretted about what I would say, probably even about what I would wear. But we had a fun, easy conversation with her because she had been so blunt and bold, because she took charge but wasn’t overbearing, and also, most importantly, because she seemed genuinely interested. There’s something about the way she looks at you, quiet, never breaking eye contact, waiting to hear what youhave to say.

She was an absolute master because she could wield all of these qualities so deftly—aggressive when necessary, soft when warranted, always listening and driven by curiosity. This isn’t as easy as she makes it look. Interviewing is tough, and many of us have crashed on impact, only to walk away wondering why we acted so weird or talked so much or couldn’t connect with our subject. She had the secret: She cared, and she listened.

Walters was a female TV news pioneer, no question. She started appearing on air in 1964. She was the Today show’s first female co-host, and her five-year, $5 million contract with ABC in 1976 made her the highest-paid news anchor at the time, male or female. She perfected the art of the high-profile interview, making it her signature move in a way no one since has bested. She could interview anyone, from a disgraced President Richard Nixon (“Are you sorry you didn’t burn the tapes?”) and Vladimir Putin to Robert Kardashian and Oprah Winfrey.

While her womanhood was definitely not the reason she reached any of these milestones, it was what made them so important: Countless girls, including me, saw in her a career path that may not have seemed accessible to them otherwise. She acknowledged the importance of female voices herself, when she created the talk show The View in 1997 as a place for women to discuss the issues of the day. Debate for yourselves how much sexism and internalized misogyny have played a role in that show’s more recent reputation as a hotbed of cattiness and gossip, but she was onto something.

A friend of mine recently sent our five-woman text chain a photo of a PBS NewsHour segment featuring Yamiche Alcindor, Lisa Desjardins, and Amna Nawaz and said, “This is what I want my new analysis to look like.” She was right—it’s striking to see, even as it becomes closer to the norm than the exception. (Nawaz was recently named co-anchor of the program with Geoff Bennett, replacing another pioneer, Judy Woodruff, upon Woodruff’s retirement.)

Other women came before Walters. (Did you know the 75-year-old Meet the Press, the longest-running program in TV history, was created by a woman? More on that below.) Others will come afterwards, like those women on PBS. So much progress was made in Walters’ lifetime, in large part because of her, and there’s still more to go. In honor of Walters, here are some of the best moments in female broadcaster history. 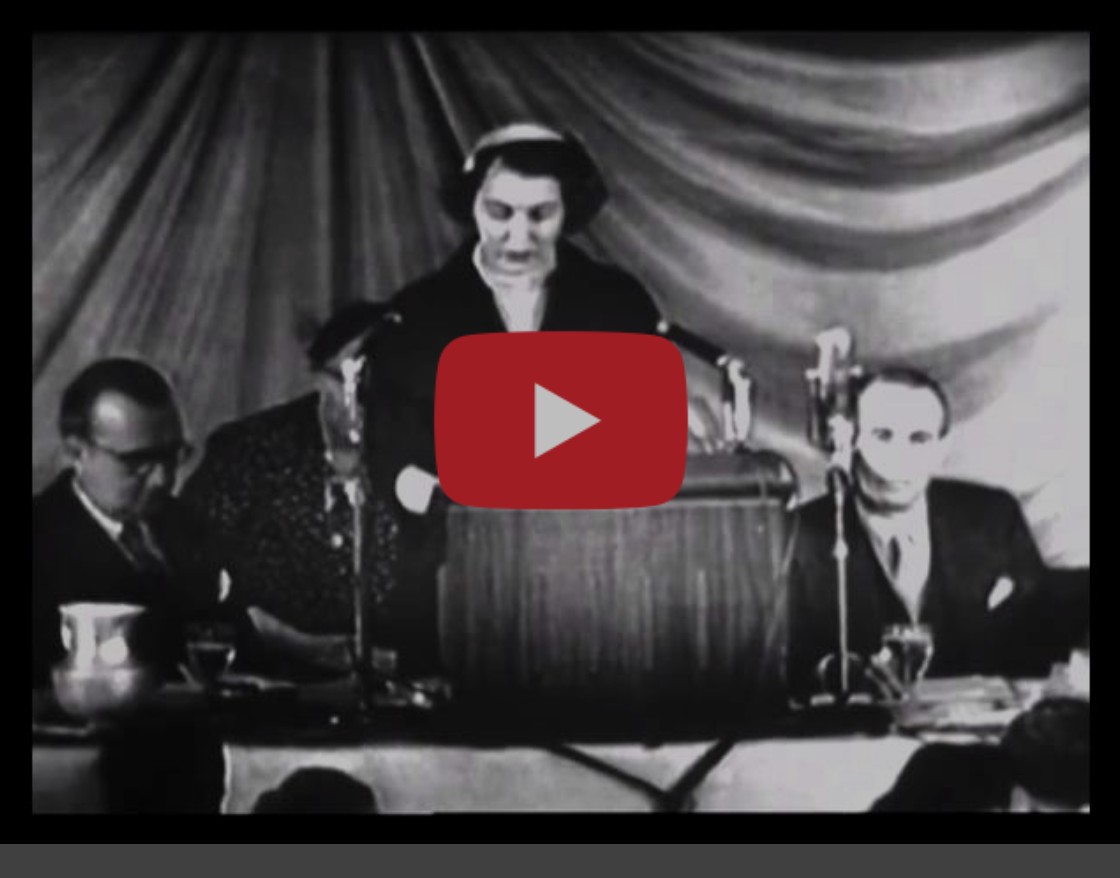 Meet the Press is celebrating 75 years on the air, and it was co-created by Martha Rountree, shown here accepting the show’s second Peabody Award in 1952. (It had also won in its radio iteration in 1946.) As I wrote about in my book When Women Invented Television, Rountree’s first radio show was a more traditional “women’s issues show” called Leave It to the Girls, described as a “roundtable of romance featuring glamorous career girls.” She combined that experience with her work as a magazine journalist for The American Mercury and came up with the harder-hitting Meet the Press, co-credited for the creation with Mercury publisher Lawrence E. Spivak. Rountree was the TV version’s first moderator, firing tough questions at the weekly guests, which included Red-baiting Senator Joseph McCarthy on several occasions. During one of his appearances, she calmly interviewed him while he held a gun in his lap. Though clips of that aren’t available, you can see some of her hosting here. 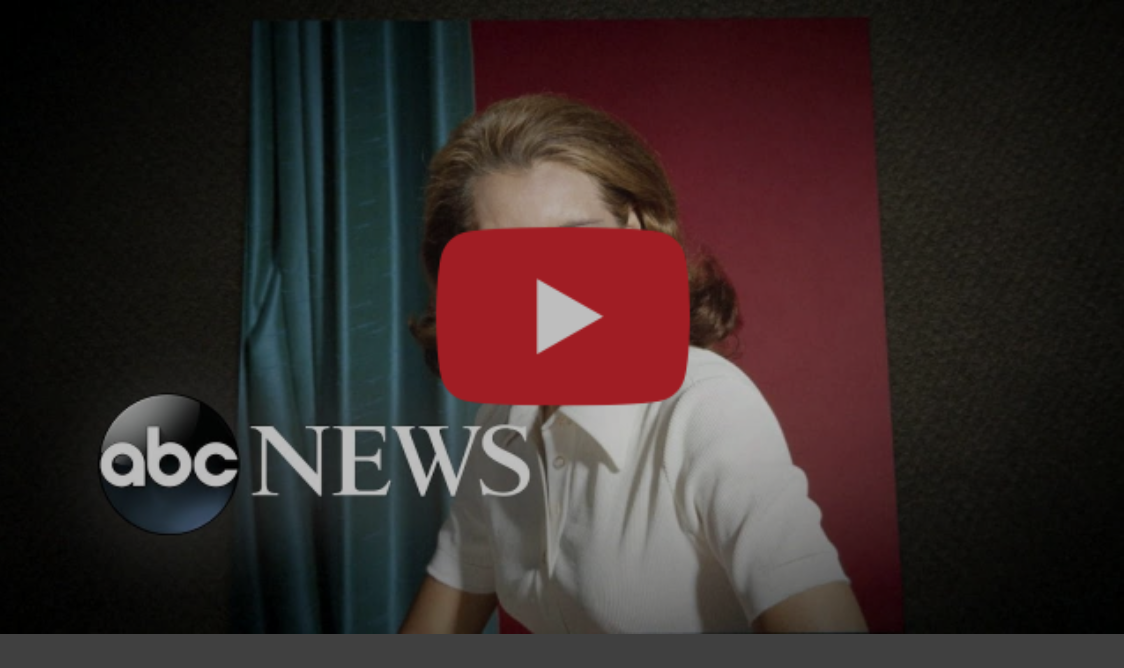 Watching the many clip compilations of her interviews is as addictive as eating potato chips. This is a nice package assembled by her longtime home network, ABC News, upon her death. If you listen closely, you’ll notice some of her greatest techniques at play. To Vladimir Putin, acknowledging the difficulty of the situation: “I’m going to ask you a terrible question. Did you ever order anyone killed?” To the convicted murderer Menendez brothers, putting the criticism in someone else’s mouth: “There are a great number of people who think that you two are spoiled brats. What do you say to them?” To Monica Lewinsky, going direct: “You showed the president of the United States your thong underwear. Where did you get the nerve?” 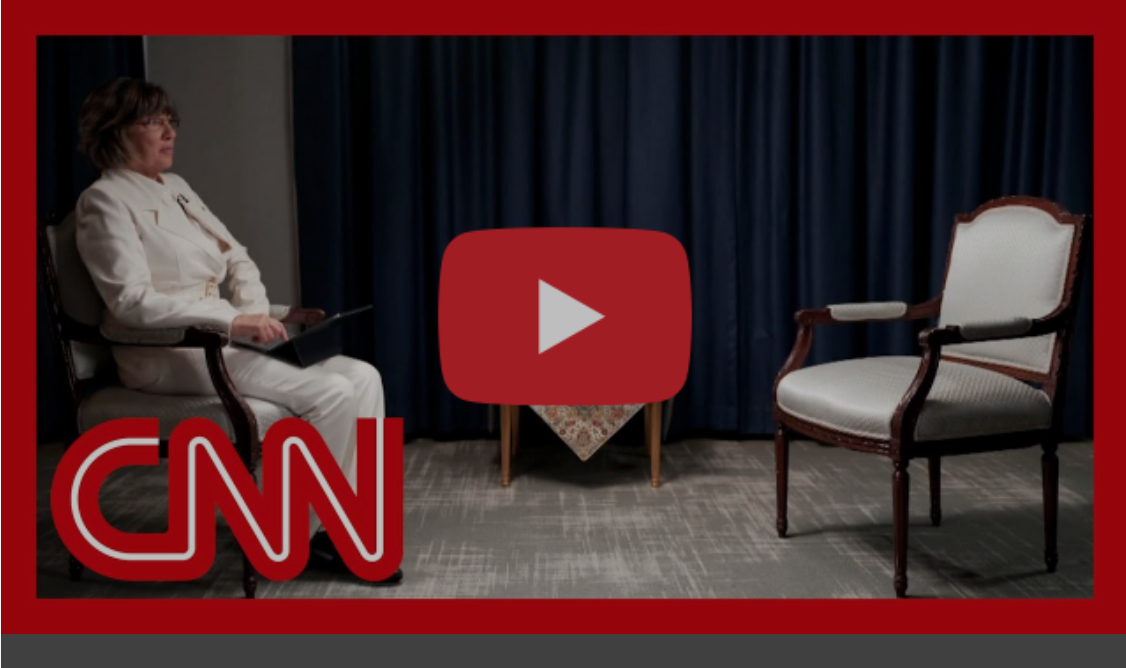 Two-time Peabody winner Amanpour has personified hard-hitting news coverage throughout her four-decade broadcasting career, eschewing the pull toward flash and entertainment even as she came up through the CNN ranks during the rise of 24-hour news. She made her name reporting from the front lines of global conflict, building a reputation for fearlessness and sharp intelligence. After growing up in Tehran and England with an Iranian father, she made her name covering Iran in the ’80s for CNN. She has since reported on the fall of Communism in West Germany, wars in the Persian Gulf and Bosnia, 9/11, and the Arab Spring, among scores of other world-changing events. More recently, she’s brought her deep knowledge of Iran to dispatches on the protests of the morality police after the death of Mahsa Amini in their custody. Amanpour made news of her own, as she discusses in this clip, when Iran’s president canceled an interview with her after she refused to wear a headscarf for the occasion.

Ifill and Woodruff made history and revived the NewsHour program when they took their seats at the anchor desk together in 2013, both of them longtime veteran political reporters. “When I was thinking about this announcement, I almost paused in drawing attention that it’s two women,” PBS president and CEO Paula Kerger said when they were named. “We picked the two people who were strongest.” They brought expertise and gravitas to the delivery of the news, and earned legions of dedicated fans hungry for serious journalism. Woodruff took over as the sole anchor when Ifill died in 2016 (and Woodruff earned Peabody’s Journalistic Integrity Award in 2020). In this CBS News clip from 2013, the two talk about becoming journalists at a time when racism and sexism was blatant. “We’ve come a long way, but in those front row seats, the faces that people see of news, I think we’ve been slower to recognize that women can make decisions,” Woodruff said.

Lisa Desjardins, reporting from inside the U.S. Capitol on January 6, 2021, ‘PBS NewsHour’ 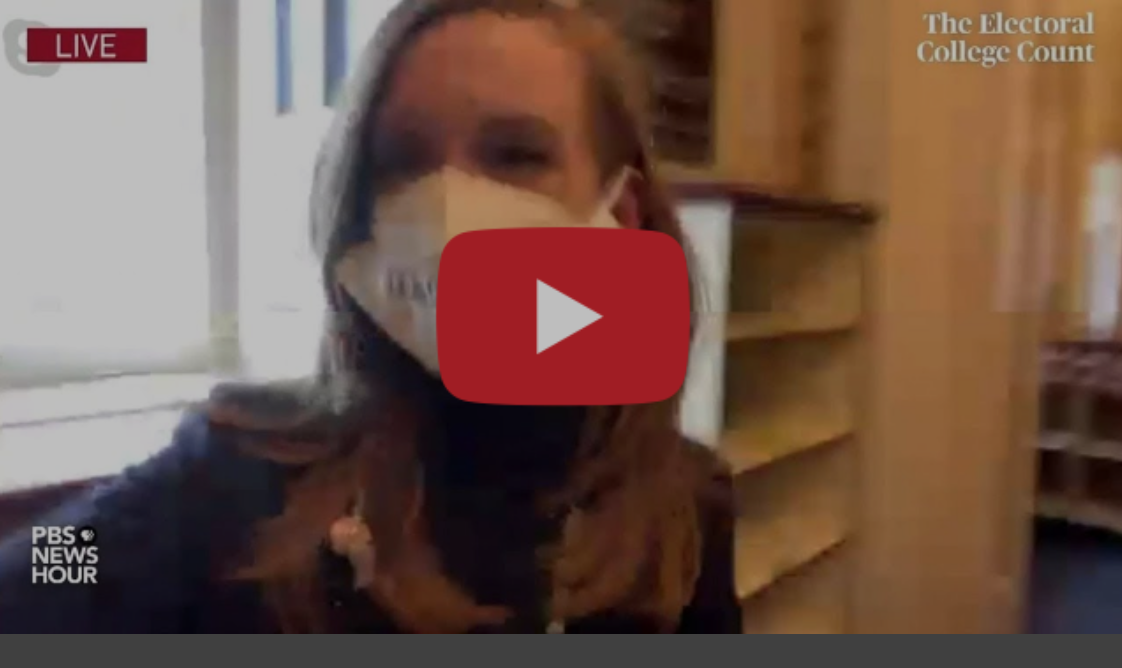 Desjardins displayed exceptional calm and presence as the only reporter broadcasting live from inside the U.S. Capitol on January 6, 2021, as rioters breached the doors and roamed the halls. No one knew what was happening or what the rioters’ intentions were, but Desjardins remained in place to show the world in real time, and even to ask questions when possible, interviewing one insurrectionist about why he was there. This was invaluable not only in helping us understand the events as they unfolded, but also in documenting them for history—which is why her reporting won a Peabody.