It’s not often that the same group of people revolutionizes two different mediums.

Since its first Peabody in 1996, This American Life changed the rules for storytelling on public radio by “captur[ing] contemporary culture in fresh and inventive ways that mirror the diversity and eccentricities of its subjects,” as stated in that year’s Peabody Award citation.

Nineteen years and six Peabodys later, This American Life is changing the rules for yet another medium. Podcasting, just 10 years old, has not even reached its adolescence as a technology. Thanks in a large part toSerial (a This American Life production), podcasting is coming of age, stepping out of its secluded niche of millennials’ iTunes folders and AV Club reviews into the broad light of the mainstream.

Taking a cue from the current flood of critically acclaimed prestige TV shows, Serial trusted its listeners to follow a detailed-laden, 12-episode season. It worked. The difference is the events in Serial actually happened. Season one is a rigorous excavation of the trial and conviction of Baltimore teen Adnan Syed for the 1999 murder of ex-girlfriend Hae Min Lee.

In Serial, the questions outnumber the answers. That’s part of what makes the show’s wild popularity so remarkable. Rushing headlong into the complexities and confusion bound up in the U.S. legal system, Serial didn’t just hold the audience’s attention. It became the first blockbuster podcast, picking up countless listeners who had never heard, or even heard of, a podcast. In the process, it also became the first one to win a Peabody. The Board of Jurors described the first season of Serial as “a soulful examination of reasonable doubt in homicide trials” and a “compelling, drilling account of how guilt, truth, and reality are decided.”

Matt Shedd visited the This American Life studios in New York City to find out why co-creators Sarah Koenig and Julie Snyder felt Adnan Syed’s story needed to be told. 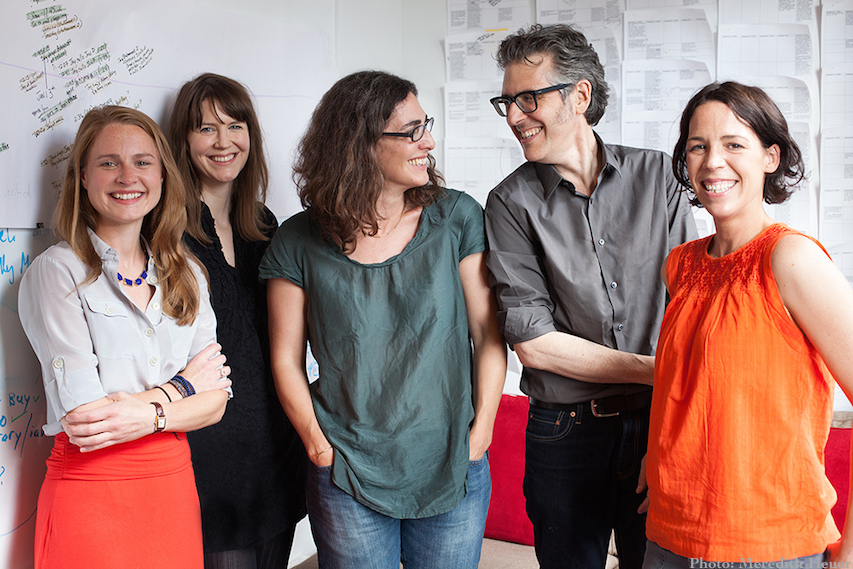 Staying with the Story

Sarah Koenig: I can tell you what captivated me about this story. When it was first pitched to me, it was pitched by this woman named Rabia, who is a friend of Adnan’s family and she’s an advocate for Adnan. So I was hearing the advocates’ version of this case, and it just seemed like “Well, that can’t be true, you know. She’s spinning it her way.” Then I started looking into it, and I was like, “Oh, it is a little confusing.” Then, “how does a person get convicted of first degree murder on this evidence?” That was the part that was initially like, “Huh?”

And then the more and more I looked into it, I was like, “Wait, the cops and prosecutors are understanding something about this case that I don’t understand” and that’s what I wanted to try to [understand] … “What do they know that I don’t know?” That was kind of the initial thing — it was just sheer curiosity.

And then, once I met Adnan on the phone and started talking to him, that’s I think when it kind of kicked more into higher gear… like, “Wait, this guy seemed so likable, and he seems so straightforward and funny.” And so then I [thought], “Well, you know, how do you sort this out? How do you make sense of a person in this way through just talking to them? How can you tell what someone’s capable of? Can you tell?” So it was kind of like a two-track thing of trying to sort out the case and also just kind of trying to sort out this person.

Julie Snyder: As a producer and as an editor with Sarah, I’m attracted to any story that Sarah’s attracted to, because it’s very hard to sell somebody on doing a story if they’re not into it and if they don’t see it. And so the fact that I understood that Sarah had so many questions, that got me excited.

In particular, what I thought was intriguing about it and gave a lot of possibilities was that there — especially over the last 15 years — there have been a lot of documentaries and long-form narrative stories done about wrongful convictions and I think a lot of times in those stories, I’ve gotten a little bit used to the plot points of those stories. Either there was obvious prosecutorial misconduct or a racially biased jury or a rogue cop, maybe, or something like that. [So] there’s one part of the story or the case that feels like the thing you can point to. And what I liked about this, and as Sarah was just explaining by saying, “Well that can’t be it,” and then saying, “Huh, well the evidence does look thin. What is it that the prosecution and the police saw in this? What is it that the jury saw in this that was so compelling and convincing?”

It seemed to me like a really good opportunity to take a case that nobody was really paying attention to. It wasn’t like it was something that had sparked a ton of media interest even at the time when it happened other than sort of the local news. And we were able to do an anatomy of an investigation, and an anatomy of a trial and conviction, and break it down into its pieces to see kind of how did the parts come to be a whole. 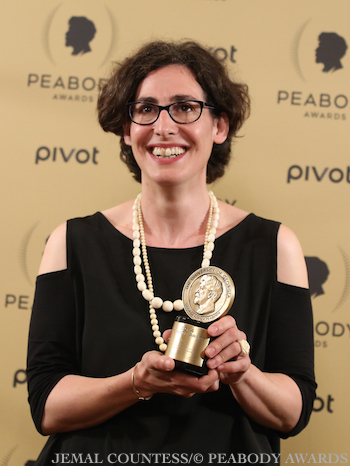 SK: I remember saying to Julie very early on, I think before we started airing even, “Is this one of those things where like you research your family tree and you get super into it and you’re like ‘Oh my god, my great uncle’s sister, she had an affair …’ and you’re telling people and they’re like, ‘I don’t care about your family. I know it’s super interesting to you, but nobody else cares?’” I had a little bit of that.

I was like, “Have I gone so far down this thing that it’s just interesting to me?”

JS: I think the thing that I was able reassure Sarah is that it was still interesting to me, and so with that, I felt some confidence going in of saying, “Look, I’ve been interested for a year and I’m one step removed.”

You know, obviously Sarah’s the reporter so I’m getting it all through her, and so I felt like if I’ve been interested, we should be able to make this work. But definitely, the fact that so much of it was very technical and very information heavy [meant] we couldn’t just do it [by] way of saying, “Come over here and sit down because I want to show you four different police statements, a testimony, a call log and a map of cell tower locations.” But that’s where we knew the story lived inside of there, so it was intimidating for how are we going to basically get everyone to the point of where they are as crazy and sort of detailed obsessed about this as we are. But you have to know all of that and sort of be in this world in order to kind of understand the conversation that we want to have.

JS: Not knowing where we were going to end up when we began broadcasting is true. On the other hand, we had a plan, and we had episodes mapped out. We knew, at that point, I definitely knew that the story that was presented at trial was simply not possible to happen. I knew that through Sarah’s reporting and the other interviews and just looking back at the evidence that they were using to corroborate testimony of saying that this actually isn’t true. So in that regard, going into it, I knew we had that story, it was just “what’s the ending?” We had already had enough of an experience of understanding that one piece of information does not necessarily answer a question.

A lot of times one piece of information just opened the door to a lot more questions. So in that regard I didn’t know exactly where we were going. Anything was always possible. Although I would have to say that anybody who’s doing a story that is in a series, that’s always going to be your case. Anything could happen that you should be able to respond to and change direction. Both all of the attention, and then [with] the scrutiny, it was surprising and stressful.

SK: It’s not like I was saying, ‘There’s going to be a big reveal, just wait.’ We were pretty clear.

And also, I’m a reporter, and I always had said during interviews when people would ask, “How’s it going to end?” or “Do you feel pressured to do this or that?” And I [said] I am a reporter, so I can only go where the reporting takes me, and I can do no other.

It felt like it needed to end the way it ended because that is exactly where my reporting took me, and so I felt totally fine about that. I had no problem with that whatsoever. I just felt like, “Yeah. We did our job.”