An Unflinching Look at the History of Racial Extermination 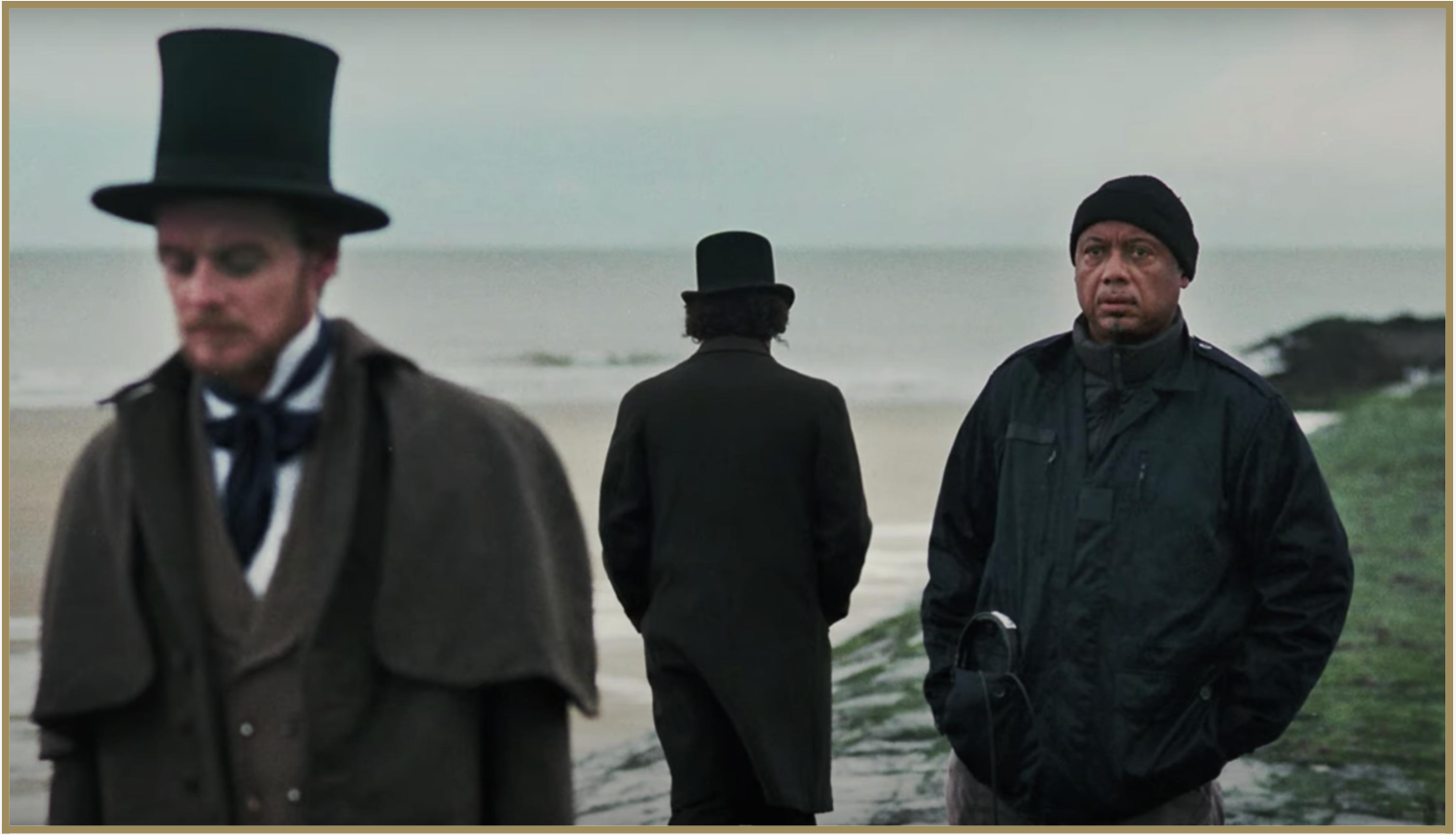 An Unflinching Look at the History of Racial Extermination

I will level with you: Exterminate All the Brutes is not an easy watch.

But HBO’s four-episode docuseries from filmmaker Raoul Peck (I Am Not Your Negro) is an absolutely essential watch, a provocative experience that challenges dominant historical narratives. In it, Peck weaves his own personal history with long-hidden truths about colonization and racial extermination. These truths, as well as the lies we’ve all been told about history, are at the dark heart of our current struggles with racial justice.

To illuminate the importance of this film and the issues it addresses, we invited Herman Gray, professor emeritus of sociology at the University of California Santa Cruz, to write this guest newsletter. We think his piece and the series are well worth your time and effort, homework that is worth doing.

With Exterminate All the Brutes, the Peabody Award-winning HBO docuseries, director Raoul Peck asks extremely difficult questions about history, memory, and our understanding of the global order of things. The version of history that many of us are familiar with, that is taught in schools, begins with voyages of discovery blessed by the church. Whereupon their arrival (so the story goes) these heroic men are met by a generous and benevolent population who share their knowledge and wealth. This encounter is followed by unlimited progress in technology, industry, and knowledge culminating in the greatness of the modern west. There is, of course, another take on this story of the formation of the modern world. This version does not go down so easily nor sit so comfortably in the narrative of progress, benevolence, and heroism. The disputes we are having in some liberal Western democracies about differences, identities, belonging, and power are of apiece with ones that Peck examines in Exterminate. His is not a story of benevolent discoveries or benign natives, but one about pillage, murder, and domination under the proclaimed banner of “civilization.” Peck, the former Haitian Minister of Culture and the acclaimed director of award-winning films, including I Am Not Your Negro, is perfectly suited to tell this story. Indeed, Peck poses large, challenging questions that we are not accustomed to probing, especially now and especially in the forms that Peck renders them—part biography (Peck was born in Haiti, raised in the Democratic Republic of Congo and United States, and educated in France and Germany), part history lesson, and part critical engagement with some of our most revered assumptions about the modern world. The courage of Exterminate is as a reminder that (perhaps now more than ever) the reach and shape of our current world are not merely the result of happenstance, benevolent actions, and heroic individuals, but rather, intentional and legitimated conquest and justified genocide. Peck demonstrates the centuries-long journey, across the globe, of economic theft, corruption, and imperial neglect, relegating citizens in Africa, the Caribbean, and Latin America to semi-permanent conditions of impoverishment. And while democracies in Europe and the United States stagger from the weight of deep internal divisions, tribal loyalties, contests over truth and evidence, we might think of Exterminate as an object lesson and cautionary tale: a requiem to the many lives lost and struggles waged in the name of decency, fairness, and justice; but also a reckoning with centuries of displacement, plunder, and theft and extraction driven by greed and underwritten by lies and alibis enabled with the complicities of racial science, Western religion, and custom. This HBO series is a four-part mediation on the continuing impact of land seizure, pillage and profit, and racial hierarchies within cultures and populations throughout what became the modern world. Peck’s masterpiece looks across space and time, and in the process, deconstructs the powerful roles of racial science, religion, popular culture, and history used to explain, rationalize, and justify the exploitation of populations and cultures in Asia, Africa, and Latin America. Peck ties the thesis together by carefully showing the historical devastation that comes with racism and colonialism in Africa, antisemitism in Europe, displacement in the Americas, and pillage in the Caribbean at the hands of imperialists, colonialists, and capitalists. Again, the thesis demonstrates that these should not be seen as a series of unrelated events but as world historical events that are intimately connected to and enabled by each other. Exterminate All the Brutes consistently raises the question of the consequences for our present of dominant narratives of progress and entitlement, including the sciences of complicity as well as the counter-narratives that critique and challenge the dominant ways of telling. By including the Holocaust, enslavement, land dispossession and displacement, and atrocities of war around the globe, this series avoids establishing a hierarchy of atrocity and suffering, placing instead important historical movements, counter-narratives and alliances on the global stage rather than leaving them merely as isolated national or local projects.  Peck locates these practices and projects in the multiple registers and circuits, and as such demonstrates that racism works through and depends on logics that are similar and different in different places at the same time. We see this illustrated in segments on 19th-Century racial science, Christopher Columbus, Fray Bartolomé de las Casas, Adolf Hitler, Andrew Jackson, and Joseph Conrad, not to mention the economic profits generated from cotton production in the American South, rubber in the Belgian Congo, gold and silver in Latin America, and their impact in Europe and the United States. In sum, Exterminate All the Brutes is a powerful indictment of colonialism, enslavement, land dispossession, and population displacement throughout the globe. The film deconstructs dominant narratives of discovery, racial hierarchies, and economic exploitation that have held sway for centuries. At the heart of the Exterminate, however, is the intimate and compelling personal story of Raoul Peck, his family, friendships, professional relationships, and resume of his extraordinary body of work. As a requiem and elegy to lives lost, struggles fought and memories passed on, this powerful series recuperates different imaginations of freedom dreams and acts of resistance embodied. In a historical moment of deepening global inequities, intense dispute over evidence, increasing disbelief in science, and contestations over the role of enslavement and racism in making the modern world, Exterminate All the Brutes is an uncompromising commitment to evidence, science, truth, ethics, justice, and history. — Professor Herman Gray, University of California-Santa Cruz (emeritus)

The trailer for “Exterminate All the Brutes.”

Further Reading: “Exterminate All the Brutes” by Sven Linqvist 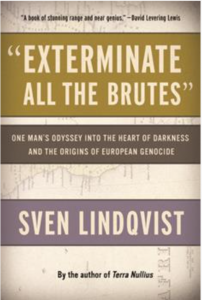 The series gets its name from Lindqvist’s meditation on, as its subtitle says, “the origins of European genocide,” and is based on this book along with Roxanne Dunbar-Ortiz’s An Indigenous People’s History of the United States and Michel-Rolph Trouilliot’s Silencing the Past. Linqvist’s acclaimed work presents an intellectual history of Europeans’ colonization of Africa. Historian David Levering Lewis called it “a book of stunning range and near genius. … Lindqvist’s astonishing connections across time and cultures, combined with a marvelous economy of prose, leave the reader appalled, reflective, and grateful.”

How It Happened: Raoul Peck’s Statement of Intent

“I wanted to push the boundaries of conventional documentary filmmaking and find a freedom to tell this story by any means necessary.” 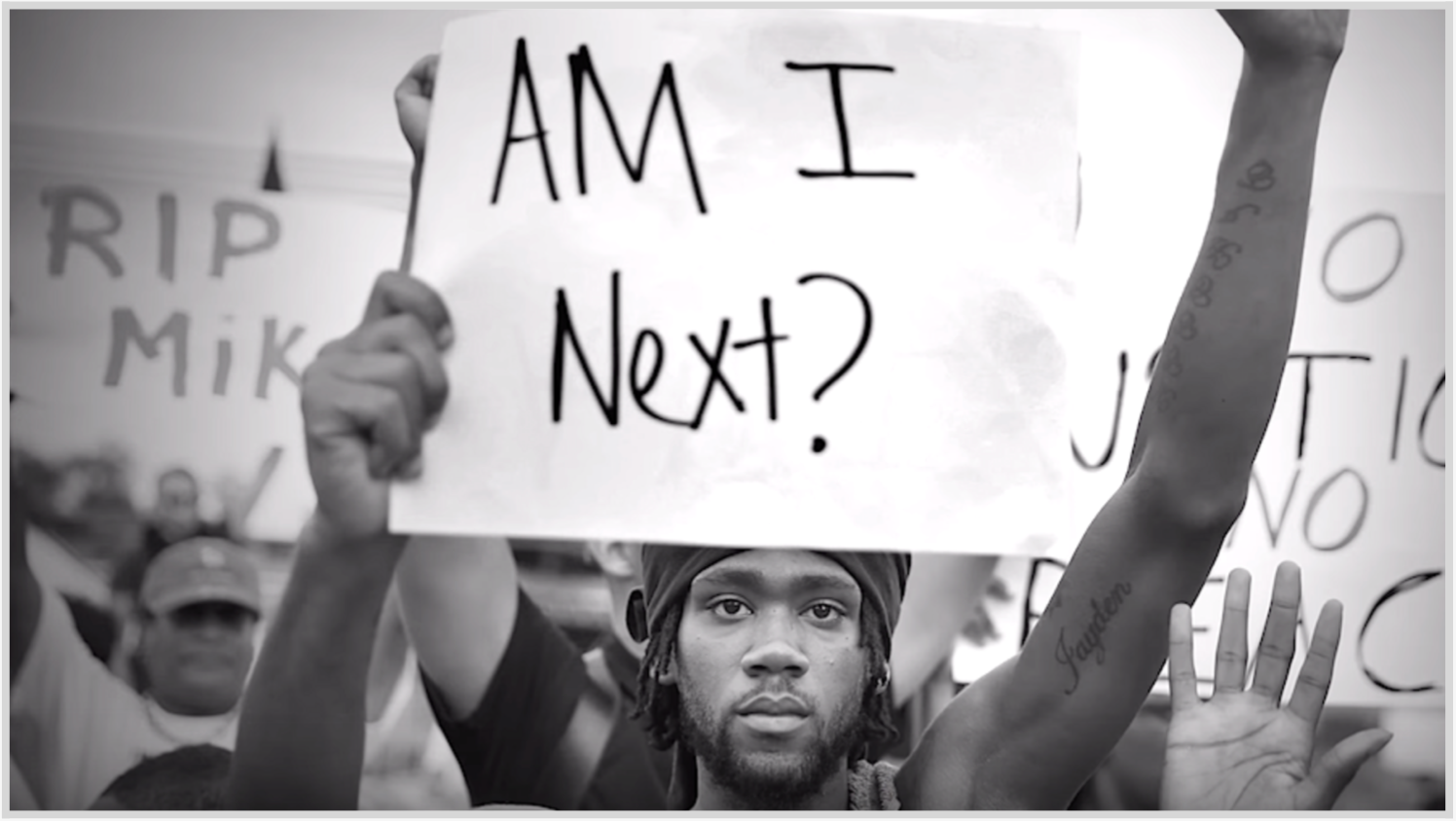 Director Ava DuVernay brings her feature filmmaker’s eye and mastery of storytelling to tell the real, brutal truth about the racism inherent in America’s prison system and other institutions. Through archival footage and interviews with activists and scholars, DuVernay marshals compelling evidence that while the 13th Amendment abolished slavery, a system akin to enslavement has been perpetuated through incarceration, disenfranchisement, lynchings, and the War on Drugs, making 13th a natural companion to Exterminate All the Brutes.

Where to Watch: YouTube/Netflix

Raoul Peck’s Peabody Acceptance for ‘Exterminate All the Brutes’

“Very early in my life I learned to be wary of both dogma and what is nonchalantly referred to as ‘the natural order of things.’ These notions are remarkably susceptible to ignorance.”